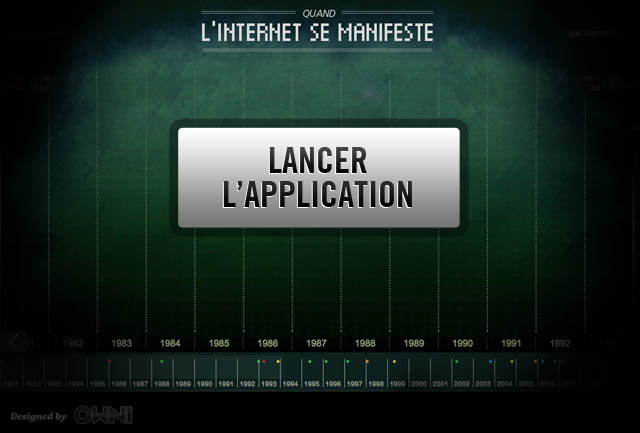 P. Why did you write the Manifiesto «En defensa de los derechos fundamentales en internet» ? How did the Internet look like at that time ?

R. By the end of November 2009, the Spanish Government announced a proposition entitled «Sustainable economy law», one of the most crucial legislative proposals for the term, understood as a way to promote future economic growth. However, in the very last moment of its development, the cultural industry lobby managed to include an additional disposition in the proposal, the so called «Sinde law» (following the name of the Minister of Culture, Ángeles González Sinde, former president of the Film Academy and a very active participant in the industry). The «Sinde law» proposed a committee, under the authority of the Ministry of Culture, that could close web pages when they were supposedly violating intellectual property rights, in a period of four days and with no judge involved. The proposal was deemed as a huge threat for the Internet: in Spain, freedom of speech is a fundamental right that only a judge can suspend, and only under very special circumstances.

R. The «Manifiesto» was redacted by a group of bloggers, webmasters, web entrepreneurs and journalists, some thirty people grouped together in a Google Wave document, in a process that took roughly five hours during the night, the same day the «Sinde law» was announced. We all got to the agreement to publish the «Manifiesto» the next morning, 09:00AM, in Spanish and translated into Catalan, Basque, Galician, English, French and several other languages (the translation work took until 05:00 or 06:00AM).

P. Did you have other texts in mind?

R. The text started practically from scratch, using only some ideas taken from previous posts written in a couple of blogs. The initial texts lasted only a couple of iterations: the redaction of the document went extremely fast, staring at the screen during those hours was absolutely amazing, as the text was in permanent movement.

P. When it was published, did it get talked about ? How did people react ?

R. The text took off immediately: that day, the search for the full text «Manifiesto: por los derechos fundamentales en Internet» went from no results, to more than thirty thousand appearances in a few hours, sparkling huge protests in Facebook, Twitter and all over the web. The Minister of Culture was forced to invite some of the most prominent authors of the Manifiesto (those who were in Madrid and could be clearly identified, a group of eleven people… ), and the President, two vice-presidents and two ministers were forced to mention the «Manifiesto» in the media.

P. What was its impact on a short-term and on the long range ?

R. In the short-term, the Government was forced to announce modifications in the «Sinde law» to introduce the presence of a judge in the process, although in a way that was considered insufficient: the judge would only be consulted about potential violations of fundamental rights, but would not be able to study the case. The modifications forced the Government to propose changes in three important laws in a desperate attempt to look like they were taking criticism into account, but without making substantial changes. A year later, in December 2010, the law arrived into the Congress amidst huge protests on the Net, and all the groups except the Socialist Party (PSOE) agreed to exclude the «Sinde law» from the «Sustainable Economy law». According to the Vice-president, it seems the Government will try to reintroduce the «Sinde law» in the text again in the Senate, in January 2011.

P. Has the evolution of the Internet met your vision?

It is still too early to tell. The «Sinde Law» as it is right now is a fundamental threat against freedom and democracy: it allows a Governmental commission to shut down pages on the Net without a judge being properly involved, and with no time to react and plan a defense strategy. In case the page is considered to be incorrectly shut down, the process to reopen it has to follow the common process (it can take one to two years time), and in case there are any compensation charges, they will be paid by the Government, this is, by the citizens themselves. Besides that, the process that ended with the «Sinde law» included in the «Sustainable Economy law» was unclear and obscure.

P. Do you think it is still relevant ? Retrospectively, would you change anything?

R. It is still extremely relevant, as the issue is still under discussion and no law has been passed yet. It is a matter of extreme importance for fundamental rights and democracy, and huge resistance is expected as the law tries to make its way again into the Parliament. Retrospectively, I would have tried to pay more attention to the non-virtual part, to the street demonstrations and protests: those were organized with almost no time to react, in a very bad moment (the last evening before the Christmas break, when a lot of people were leaving for vacation) and thus gathered a small number of participants. Even though the most important part of the protests are expected to happen in the online environment, it is extremely important to be present in the streets too.

P. We would like to include, as far as possible, the original texts on our article (in fact an interactive timeline), do you allow us ? Our website is under a CC by – non commercial license.

R. Sure thing, no problem. Everything I write is CC BY too :-) Please, keep me posted.